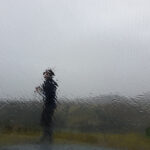 Scottish electro dua Dohnavùr have released its first album called “You Can and You Shall”. The range of styles on the album vary from out and out ambient, scratchy lo-fi, 80s acid house and 90s techno.

The modular sketches were so inspiring that Fra used over 20 samples across the 9 tracks that make up their debut album, “You Can and You Shall”, at his newly opened Werra Foxma Studio in Armadale, West Lothian. Fra would take the individual samples and build full tracks around them using Logic Pro, and heavily using a DSI Prophet rev 2 and Korg MS200b, in addition to heavy usage of legacy synths from the Roland Cloud, including TB303, Juno 106 and Jupiter 8.

Dohnavùr are a 2 piece electronic band from the Lothians, Scotland, consisting of Alasdair (Ali) O’May and Frazer (Fra) Brown, and have been active since mid 2019. They first met through the Electronic Music Open Mic scene in 2017 throughout the EMOM nights, hosted by Martin Christie, while playing in their respective bands; Ali playing keyboards for Number Stations, and Fra with his band the Alphabox.

The inspiration for Dohnavùr came from the freeform modular experiments Ali had been creating in his home studio in Haddington, East Lothian. In the summer of 2019, Ali handed Fra a pen drive full of modular samples, with the hope that Fra could possibly use them as the basis for a one-off track just for fun.

You Can and You Shall will also be additionally released and distributed via Finland’s Kahvi Collective, one of the world’s oldest and most established virtual labels, with the album slated for release in the summer of 2020. 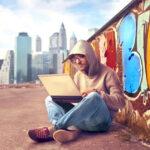 We want to help creatives to get as much promotion exposure as we can. Great articles are one of the way how we can achieve it and help you to have chance to be noticed. Every published article about your art gives you a little bit more credibility as an artist.

If you have any Press release or Public relation article we will be happy to post it for you on our website. It is free.

Are you an journalist and you would like to write for us as an volounteer about art? Let us know about you. It can be great opportunity for you to create your portfolio of articles especially if you start your journalistic career.

If you have any articles to be considered and published please write us a an email on support (at) londoncreativelab (dot) net. If you have just some questions get in touch via our social networks.

We look forward to your articles. 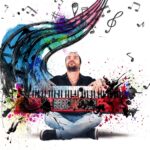 We decided to create the best music playlist with the latest electronic music releases to help you promote your song in our Spotify playlists.

If your release is not older than 6 months you can submit Spotify song link via our social channels.

if your song match our criteria we will publish it.

We post our playlist on regular basis on our social channels to reach as much listeners as we can.

To create the best listened playlist you also should be involved in following that playlist and share it with your friends and fans.

The more people will know about it the higher chance you will get the right exposure.

We are looking forward to hear your great music and wishing you luck and success.